Coming from more than 120 countries, twenty thousand Lions gathered in Fukuoka, Japan to attend the annual convention of Lions Clubs druing June 24-28, 2016. This year TAICOT staffs joined the convention as an exhibitor and were pleased to present Lions and Lionesses worldwide our joint project "Kindle the Light of Conscience" in cooperation with four Lions Clubs in District 300-C3 of central Taiwan. Part of the project aims to promote the Peabody Award-winning documentary Human Harvest and we shared the important messages from the film while introducing TAICOT's work along the years.

During the exhibition, we met many directors and delegates from different regions. They were impressed by TAICOT's sustained endeavor and achievements. At the same time, they were also shocked by the persecution CCP gas afflicted upon its own people because they exercised their fundamental human rights to freedom of religious belief, speech and expression. Some groups have even been targeted and their organs systematically harvested without consent by the military for huge profit, including Falun Gong practitioners, Tibetans, Uyghurs, and House church Christians. Upon realizing the truth, some Lions and Lionesses from different countries expressed their willingness to cosponsor public charity screening of Human Harvest. They hoped their own people get to know the truth as well.

According to Xiao-Kuang Chang, Representative from TAICOT's Japan Branch, "What can I do?" was the most common question Lions asked. Actually, they even offered suggestions and resources, hoping to stop the atrocity far more appalling than the Holocaust.

The experience at the Convention made us realize the importance of inspiring compassion with people. Just as there's no boundary to medical care, it's the absolute dury we should fulfill not only as fellow human beings but also as a medical NGO to concern ourselves with organ harvesting and take necessary actions to save lives while we can. We hope that the spirit of Taiwan's newly passed amended Human Organ Transplantation Act--prohibiting malpractices, safeguarding legitimate practices, and expanding the organ donation system--may serve as an example for other contries and that organ transplantation can really be marked as a milestone in medical care. We certainly wish this  "Light of Conscience" kindled within the international community can further illuminate the divine land of China one day! Mr. Kusunoki Tomihare, Chairman of Lions Club District 335-B, said he was upset about the harvesting of organs from living people without consent, and angrier at human organ trafficking. "Those who participated in the live organ harvesting, whether inentionally or unintentionally, cannot be forgiven," said Mr. Tomihare. Mr. Mike Retzlaff, District Governor of Lions Club District 4-C5, said the behavior of profiting by illegally harvesting organ is dead wrong. "I totally support your project of 'Kindle the Light of Conscience' and I'm sure there'll be a breakthrough soon." Paula Flisnik, District Governor of Lions Club District 20-Y2 in New York said that every member of the Lions Club, being a humanitarian, should utilize his/her influence in the community to stop the forced organ harvesting-not just those in New York State but also everyone in the world. Mr. Yao-Yu Lai, Chairman of the third sub-district of Lions Clubs District 300-C3, said the cruelty of former CCP leader Jiang Zemin is "in stark contrast to the inner peace of Falun Gong practitioners," the largest and most severely persecuted group of prisoners of conscience in China. "It touched me the most that even though their organs were harvested under the order of Jiang, those practitioners still adhere to their belief of truthfulness, compassion and forbearance. It's everyone's duty to publicize the atrocity done by the CCP." 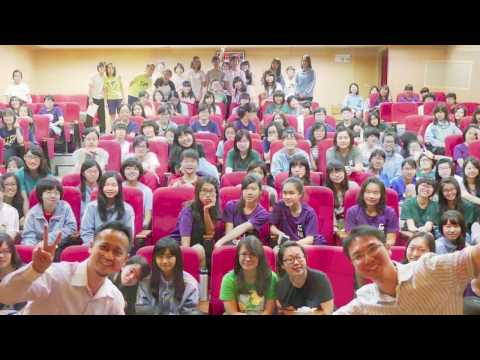